Denis Lyskov, Glavkosmos Director General, told about the use of joining efforts for launch services promotion, new market trends, and potential resuming of the Dnepr Program in his interview to the Kommersant 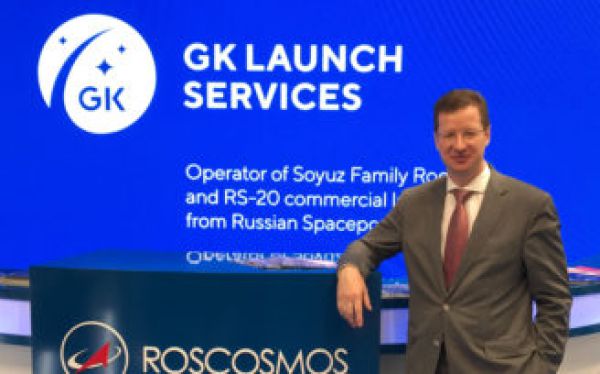 Q: How did the idea of establishing a joint venture appear? What were the reasons?

A: This is our response to the challenges of the launch services market. This market is on the rise, especially in the segment of light-class launch vehicles. Besides, at present we intensively develop ground facilities for space missions in Russia, in particular the Vostochny Space Launch Center. Previously, a commercial use of the Soyuz launcher provided for involvement of Starsem, a European operator entitled with the exclusive rights to such business, but those rights expired in 2016. Our major European partner Arianespace, in addition to the Soyuz launches from Kourou, French Guiana, under the Soyuz at the Guiana Space Center Program, also buys, via Starsem, Soyuz launch services to be provided at Russian spaceports. In this respect, they have placed one of the largest orders in the history of Roscosmos for 21 launches of OneWeb constellation satellites to be executed at three spaceports: Kourou, Baikonur, and Vostochny. Lately, the demand for lofting light-class spacecraft with the mass of 500kg up to 2 metric tons has been growing and we used to dominate on that market with Dnepr and Rockot, our converted carrier rockets. To date, the Dnepr Program has been suspended and the last Rockot will fly away next year. The light-class Angara is under flight testing. Thus, at the moment we have a lack of supply. But the market cannot wait! So, we began to study what Roscosmos can offer. The idea to provide services for a shared launch of several light-class satellites within one Soyuz mission has cropped up. We have been successfully using Russian cosmodromes; a new launch pad has been built at Vostochny; and we know how to work with foreign customers. It means that it is high time for us to enter the world market all by ourselves.

Q: And then in 2016 the State Corporation granted you the status of a fully-fledged operator of Soyuz-2 commercial missions from Russian cosmodromes.

A: That’s right. However, Glavkosmos has been involved not only in the launch services. We have a 30-year experience in the management of international contracts. Besides, the company is an official provider of the Earth observation data obtained by Russian satellites. Now, for potential customers, we develop all-in-one packages which include designing, building and launching of a satellite, deployment of ground facilities, personnel training, and financial solutions from Russian banks. Launch operating is a narrowly focused and specific business. Here, the main task is not to build and launch a rocket, but to find a customer and sign a contract. Then, the launch preparations take two or three years which require continuous engineering support, keeping the customer happy, harmonizing foreign standards with our GOSTs (Russian state standards). When our country emerged on the world market with our launch vehicles, historically, our foreign partners took up the functions of a seller and an operator. We didn’t have such business experience in Russia in mid-90s. Therefore, when we looked around in search of an appropriate partner to join our efforts, one of such candidates appeared to be Kosmotras, a private Russian company and an operator with about 20 years of experience in lifting off a converted Dnepr carrier rocket both in a cluster and in a dedicated mission configuration. This is exactly what we need for Soyuz. Glavkosmos has also fulfilled several commercial contracts for orbital insertion of small satellites. The next launch is to take place in Baikonur in July where, along with the Kanopus-V-IK mission, we have over 70 small piggyback satellites; then, two more launches are to go from Vostochny before the end of this year. But we have focused mostly on small spacecraft up to 150kg. So, we applied the initiative of joining the efforts to Roscosmos. The State Corporation approved it and, as a result, in the joint venture we have combined the competencies of Glavkosmos and Kosmotras and established GK Launch Services, a Russian legal entity with 75% of stock owned by Glavkosmos and 25% – by Kosmotras.

Q: Have you had any difficulties in Glavkosmos and Kosmotras cooperation?

A: For quite a long time we have competed on the world market of launch services for small satellites, rivalled in biddings. Therefore, in the beginning many people looked at such joining with natural doubts. We had to prove to Roscosmos the economic benefit of the joint venture: we have developed a business plan, justified our estimates and predictions. Eventually, the approval for setting up a new company was granted.

Q: Was that you who nominated the CEO?

A: No. It was a mutual decision. Our partner Kosmotras is represented by a ready team with 20 years of experience. Our task is to quickly teach them to work with Soyuz by enhancing the team with our skilled experts. GK Launch Services CEO Alexander Serkin is a former Director General of Kosmotras. At present we are consolidating our teams. Glavkosmos will put now more efforts into other projects and diversification of our international activities.

Q: Does it mean that launch services will be taken up by the joint venture and you will continue managing your contracts?

A: We are still involved in the commercial projects under Arianespace contracts. The joint venture will deal with their own new contracts that they will manage to gain. At this point, there is no competition between Glavkosmos and our new operator. There are customers ready for a commercial piggyback ride along with Roscosmos satellites and for that we remain a prime operator.

Q: Is the Dnepr Program expected to be resumed?

A: We are waiting for a decision of a Roscosmos ad hoc committee. They are now looking into the feasibility and timeline of the Dnepr LV coming back to the world market. One of the key issues is to substitute the Ukrainian industrial team. We have agreed that bringing Dnepr back into the marketplace is under Kosmotras responsibility. Suspension of the Dnepr Program caused the re-division of the launch services market for light-class spacecraft. In case this launch vehicle is back, we will get an advantage.

Q: Who do you consider to be your main competitors?

A: In the segment of light-class spacecraft, they are, first of all, India with PSLV and Arianespace with Vega. Emerging US companies are now developing new light and superlight launchers but they are more like our future competitors.

Q: Do you consider Elon Musk to be your competitor?

A: His rocket is more expensive and heavier than our Soyuz but he also seems to follow a logical way: combining several satellites in one launch mission. He has become a tough competitor to us in the launches of large satellite constellations.

Q: It would be good to know the company’s prospect in terms of the financial performance. What are your assessments for the near future?

A: When establishing the company, we considered various scenarios. Even in a bad case with one launch a year, the company is able to perform with steady break-even, and as for the best expected scenario, I say nothing, so as not to jinx it. It is obvious that our economic performance is strongly dependent on the current situation on the market and currency exchange rate. According to our 10-year plan, the joint venture’s revenue is expected to amount to at least $1 billion. I would like to note that for the Russian enterprises of rocket and space industry it means extra funding in addition to what they make under the contracts for Arianespace.

Q: Have you had any contract negotiations yet?

A: We have already got into international tender processes with good outcome. We will announce it soon.

Q: Have sanctions affected your work?

A: We have not felt it much because our customers are mostly private. Many of them have previously used the services of launching from the Russian spaceports and have become almost regulars. Certainly, the concerns are heard in our talks; however, we hope we will retain customers thanks to the uniqueness of our services.

Q: What are the trends on the launch market now?

A: There is a rapid growth of projects on light spacecraft constellations. Some of them are now ongoing – for example, OneWeb and PlanetLabs, – some are still being contemplated, some have been suspended, and others are pending pathfinder outcome. Our analysis shows that the majority of those constellations are targeted at the low Earth orbit. A sustainable “LEO – light spacecraft constellation” link has emerged. Deployment of such large constellations is a special case requiring a big number of satellites to be delivered into outer space shortly. Here, Soyuz is one of the offer leaders having four launch sites: Baikonur, Vostochny, Plesetsk, and Kourou. But the projects like OneWeb are huge and do not happen in a row. There is a growing demand for launches of small satellites, most of which have a low budget. The main problem faced by such a satellite developer is availability of inexpensive and timely access to space. As a rule, they cannot afford purchasing a dedicated launch. Unlike the market of heavy telecommunications satellites where the existing operators fight hard for each customer, our situation is a bit different. There are only few available inexpensive rockets on the commercial market. The Chinese launchers are still unavailable to European and US satellites due to the US components they use. In order not to lose the market, we began to look for new opportunities to use Soyuz. It is a medium-class carrier rocket capable to deliver a spacecraft of about 5.5 metric tons in mass to the most required orbit for Earth observation missions. Soyuz performance is also suitable for lofting small geostationary communications satellites, as well as for interplanetary missions and deep space exploration programs. Featuring Fregat and Volga upper stages allows for a great variability of injection profiles in order to put several satellites into different orbits within one Soyuz flight. We consider the tandem configuration to be most demanded on the market – two satellites up to 2 tons each, accommodated together under fairing, to be delivered to their target orbits. Such concept will help us to retain and expand our presence in the light LV marketplace and to offer the service price comparable to those we had for the converted launchers.

Q: What is your plan for the joint venture in a 5-year period?

A: We will continue seeking new solutions for the light LV market; will tailor our services to meet the requirements of each customer. The flexibility provided by Soyuz with the upper stages enables us to select the most optimal solution for the customer. Plus, we have three Russian spaceports available for launch executing thanks to which we get even more flexibility. Our goal is to gain over 50% of the launch market for light-class spacecraft. Moreover, the company plans to improve the existing vehicles for satellite launching and to develop new ones in order to meet market demands and reduce overall launch costs.

Q: In what market segment do you see your place?

A: At this stage, we plan to focus on the market of light-class spacecraft launches into a low orbit. According to various estimates including those of Euroconsult, more than 1.000 satellites weighing over 50kg will be injected by 2025. Approximately over 50% of them will require insertion into a low orbit; the most part of them are commercial satellites. We’re not even speaking about nano- and microsatellites with mass of up to 50kg yet. The estimates run extremely high here – up to 2.500 spacecraft by 2025.