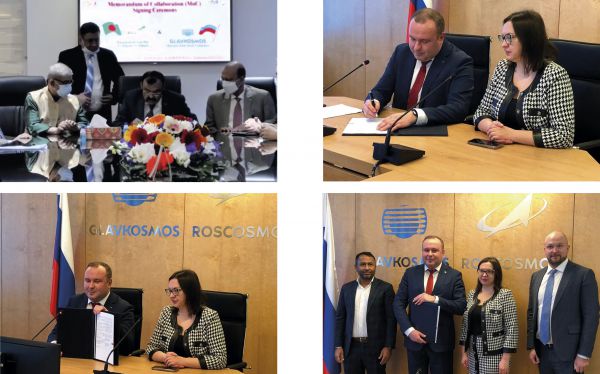 “The Parties express their intentions to establish partnership relations to develop long-term, effective and mutually beneficial cooperation in the field of promotion of products and services of the Russian space industry in the People's Republic of Bangladesh including manufacturing and launch of Bangabandhu Satellite-2 Earth observation satellite system, manufacturing of ground infrastructure (satellite ground stations) for acquiring Earth observation data from the Russian and foreign spacecraft, launch services, educational programs in space domains, commercial orbital flights and consulting services,“ the document says.

The Memorandum of Cooperation comes into effect from the moment of signing and will be valid until December 31, 2026.