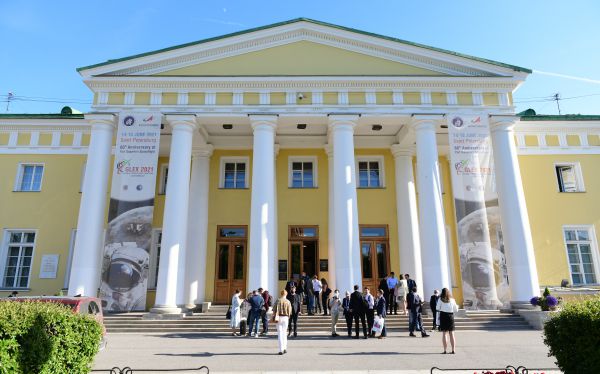 MOSCOW, June 18. - On Friday, Glavkosmos completed its work as a co-organizer and participant of the Global Space Exploration Conference (GLEX-2021) in St. Petersburg. The State Space Corporation Roscosmos and the International Astronautical Federation (IAF) organized the conference with the assistance of the Committee for Tourism Development of St. Petersburg, the event was held from June 14 to 18.

As part of the conference, Dmitry Loskutov, Director General of Glavkosmos JSC, spoke at the technical session "International Cooperation in Space Exploration" on June 15.

The top management of Glavkosmos held a series of bilateral meetings with Russian and foreign representatives of business and scientific circles, mass media and educational organizations took place on the sidelines of the forum.

A joint exhibition of enterprises Roscosmos was opened as part of the conference; it displayed new technologies of TsENKI, Russian Space Systems, Lavochkin Association and Glavkosmos Launch Services, some exclusive photos and videos of Yuri Gagarin, dedicated to the 60th anniversary of the first human flight into space, were also on display. The exhibition also featured a joint exposition of souvenirs and merch from Roscosmos and Glavkosmos; everyone could buy the company's branded products there.