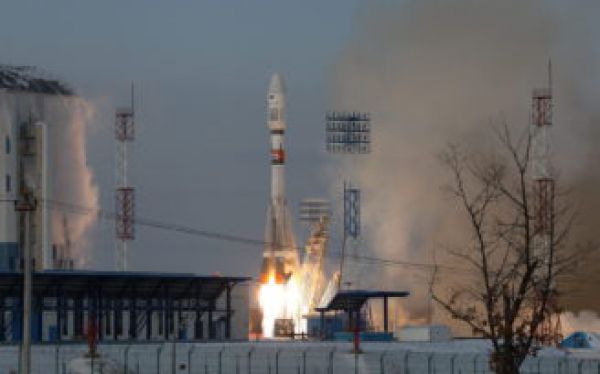 On November 28, 2017, a Soyuz-2.1b launch vehicle with Fregat upper stage lifted off from VOSTOCHNY Cosmodrome. The launch mission was to deliver an Earth observation Meteor-M № 2-1 satellite into a sun-synchronous orbit.

According to the flight profile, the first three stages of Soyuz-2.1b have taken the Head Unit into the specified intermediate orbit. However, during the first planned communications session, it was not possible to establish a contact with the satellite due to its absence in its target orbit. Currently, the information is being analyzed.

On November 28, 2017 at 08:41 Moscow time, Soyuz-2.1b LV lifted off from VOSTOCHNY Cosmodrome. The launch mission was to deliver an Earth observation Meteor-M № 2-1 satellite and 18 small satellites to their target orbits. 17 small satellites out of 18 were launched under the contracts concluded between foreign customers and Glavkosmos as a launch provider.

All initial phases of the LV flight were nominal. After 9 minutes and 23 seconds of flight, the Head Unit separated from the LV 3rd stage and Fregat Upper Stage started to implement the payload orbital injection.