Glavkosmos presented a space food line at the Dubai Airshow-2019 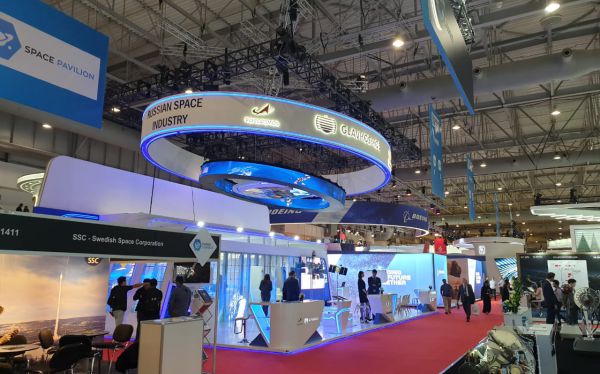 "Guests and participants of the exhibition could taste the traditional cuisine of the UAE. It is that very "guest food set" that the first Emirati astronaut Hazzaa al Mansoori treated the crew of the International Space Station (ISS) to during his mission on the station," said Dmitry Loskutov, Glavkosmos Director General. He also explained that the presentation took place at the pavilion of Glavkosmos, where the company representatives held meetings and talked to the visitors and participants of the forum.

He also expressed confidence that the series of meetings and negotiations held at the exhibition will find its implementation in the new projects of Glavkosmos. "We hope that the meetings and negotiations with our partners and customers, as well as with our future customers and potential new business partners at the Dubai Airshow, will evolve to new projects," said the head of Glavkosmos. "Events of this level always open up new opportunities for our company."

On November 19, Glavkosmos Director General also took part in the panel discussion dedicated to the global cooperation in space research, where he presented his vision of the prospects for international collaboration in space exploration.

The Dubai Airshow is one of the most significant events for the international aerospace industry. It takes place in Dubai (United Arab Emirates) every two years. The subject of the of the exhibition is weapons and military equipment for the air force, air defense, space technology, civil aviation and technology in the aircraft industry.