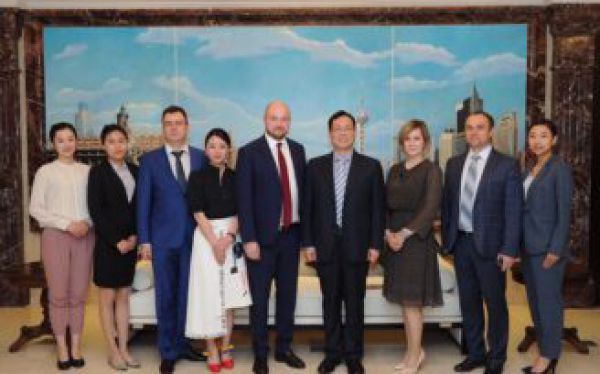 On 16-17 May, in Shanghai (China) the Glavkosmos representatives as a part of the ROSKOSMOS State Space Corporation and other space companies’ delegation took part in the meeting of the working group on preparation for the 18th Meeting of the Space Cooperation Subcommittee (a part of the Russia-China Committee on the preparation of the regular meetings of Heads of Governments).

During the meeting the parties discussed the current status of the Russia-China Space Cooperation Program for 2013-2017, a project of the Russia-China Space Cooperation Program for 2018-2022 and issues governed by Glavkosmos. In addition to that, the Glavkosmos representatives negotiated with the Chinese partners on the current contracts and the new directions of the collaboration. In particular, the prospects of cooperation in the field of the Earth observation, commercial experiments at the ISS and other issues were discussed with the Chang’e Aerospace Technology Corporation. Earlier, on 15 May, in Beijing, the Russian President Vladimir Putin, talking about the “One Belt, One Road” Forum results, gave a short overview of the Russia-China space cooperation prospects.

“We have been cooperating in space industry quite successfully, and there is a good chance that we will enlarge this cooperation,” said the President. Commercial partnership with China is special for Glavkosmos. The parties work together effectively within the Russia-China Space Cooperation Program. Glavkosmos plays a coordinating role in this program, being in charge of certain activities. The partnership includes scientific, research and development activities in space, and the production of various technical products (spacecraft antennae, transformable and non-transformable on-board reflectors, solar batteries, etc.).