Information notice: Separation of all the 73 satellites launched from Baikonur on 14 July was nominal 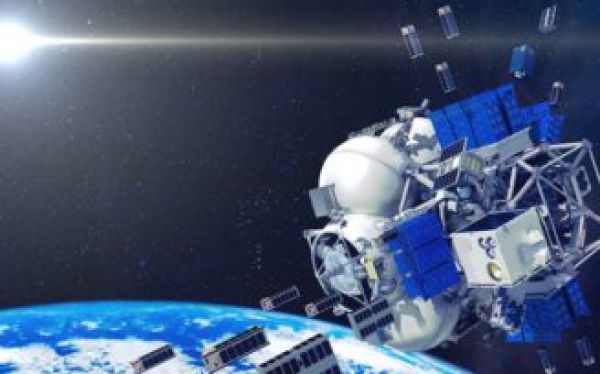 On 14 July 2017 at 9:36 Moscow time, Soyuz-2.1a carrier rocket successfully lifted off from the Baikonur Cosmodrome with an Earth observation Kanopus-V-IK satellite and 72 piggyback smallsats aboard in implementation of the federal contracts and the contracts of Glavkosmos.

The Fregat Upper Stage successfully accomplished all the phases of the flight program for insertion of Kanopus-V-IK spacecraft and 72 smallsats to their target orbits. All the systems operated nominally. The launch vehicle and its systems fully performed all their functions at all the phases of that challenging flight and ensured spacecraft delivery to three different orbits.

At the final phase of the LV mission, the Fregat Upper Stage was deorbited and sunk in the non-navigable area of the Pacific Ocean at about 18:18 Moscow time.