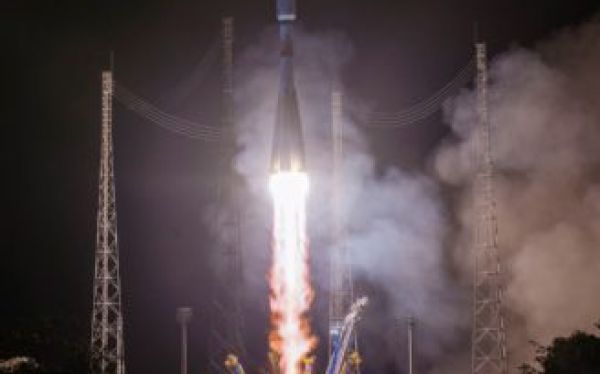 November 7, 2018 at 03:47 Moscow time, the Soyuz-ST-B launch vehicle with the MetOp-C meteorological satellite on board successfully lifted off from the Kourou launch site of the Guiana Space Center. The launch was operated by a joint Russian-European team.

Glavkosmos representatives also took part in this mission as a party responsible for the management of the satellite launch contracts using Russian launch vehicles from the Guiana Space Center.

MetOp-C is the third satellite of the European Organisation for the Exploitation of Meteorological Satellites (EUMETSAT). The previous satellites of this series were deployed in 2006 and 2012. They have been successfully operating in orbit since launch and make a large contribution to reducing errors in weather forecasts.