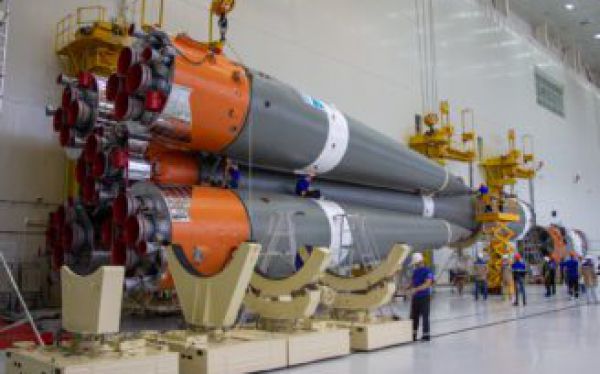 Preparations began at the Vostochny Cosmodrome for the launch of Soyuz-2.1b launch vehicle (LV) with Fregat upper stage. The launch is scheduled for July 5, 2019. In this 5th launch mission to go from Vostochny, Meteor-M No. 2-2 spacecraft will be orbited.

As a piggyback payload, another 33 satellites will be injected: three of them are built by Russian universities; others belong to customers from Finland, Great Britain, France, Germany, USA, Israel, Sweden, Thailand, Ecuador, Czech Republic and Estonia. The launch of the foreign satellites is provided under the contracts with Glavkosmos and GK Launch Services.

Meteor-M No. 2-2 is a hydrometeorological spacecraft built by VNIIEM Corporation.