Soyuz 2.1A and Soyuz 2.1B launch vehicle units arrive at the Vostochny cosmodrome. 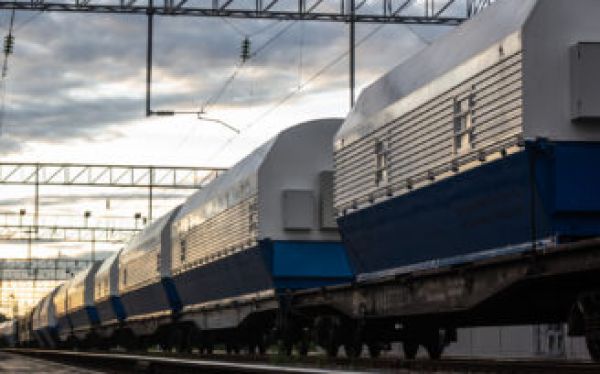 On June 18, 2018 a special train loaded with Soyuz 2.1A and Soyuz 2.1B launch vehicle units along with a fairing arrived at the Vostochny cosmodrome.

The launch of the Soyuz 2.1B launch vehicle carrying Russian Meteor-M satellite No. 2-2 and Soyuz 2.1A launch vehicle with Canopus –B spacecraft No. 5 and No. 6 is tentatively scheduled for December 2018. Those will be the fourth and the fifth launches from the new Russian cosmodrome accordingly.

Some foreign satellites are planning to be launched as a payload with the Russian spacecrafts Canopus –V No. 5 and No. 6 and Meteor-M satellite No. 2-2 by JSC Glavkosmos.

Piggyback satellites of the Meteor-M spacecraft No. 2-2 includes about 16 spacecrafts to be launched in the interests of European Union, Australia and the United States.

About 45 spacecrafts in the interests of the European Union, Japan and the United States as well as two satellites designed by Russian university students are to be launched into orbit by Canopus –V spacecraft No. 5 and No. 6.