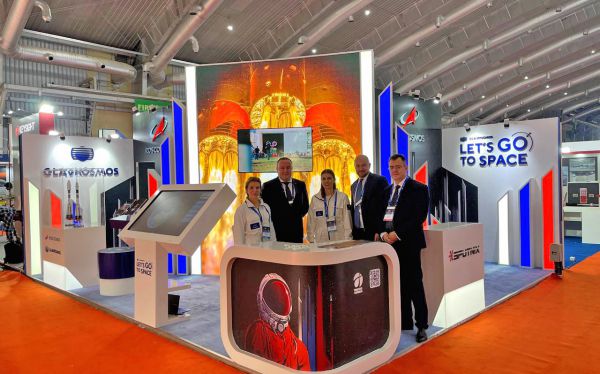 MOSCOW, September 5. – Glavkosmos (part of Roscosmos) is to present the capacities of the Russian space industry at the Bengaluru Space Expo-2022, which started its work today. The company’s managers will outline such areas as launch services with the Russian launch vehicles, commercial traveling into orbit of non–professional spaceflight participants, as well as the development and implementation of turnkey solutions - from design and manufacture of the spacecraft to its launch and further receiving and processing of data from this spacecraft. At the exhibition, Glavkosmos is also presenting the possibilities of getting Earth remote sensing data from the Russian satellite constellation.

The exhibition is taking place on September 5-7 at the Bangalore International Exhibition Center. About 150 companies from 10 countries are taking part in the exhibition; nearly one thousand people are participating in the inauguration ceremony of this international event.

Apart from the presentation of promising projects in space with the participation of the Russian side, at the Glavkosmos booth there are represented the company’s parnters from the Russian private ventures SPUTNIX and Prosto Kosmos (Just Space), that are also taking part in the exhibition. SPUTNIX is engaged in the production CubeSat spacecraft. Prosto Kosmos organizes tourist programs to Russian space infrastructure facilities, including tours to the Baikonur and Vostochny cosmodromes during launch campaigns with the use of the Russian launch vehicles.