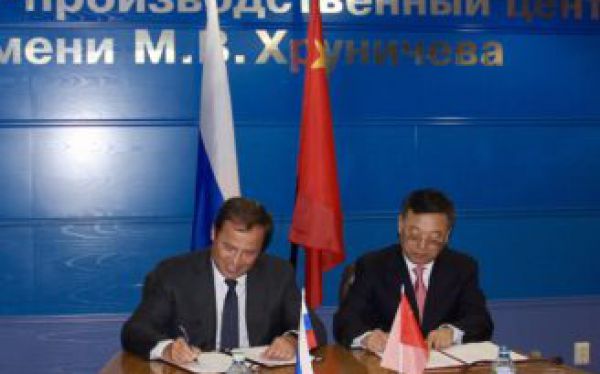 Arranged by Glavkosmos, the 18th meeting of the Space Cooperation Subcommittee of the Russian-Chinese Committee for Preparing Regular Meetings between Heads of Government took place in Moscow on 14 September 2017. A new program on the Russian-Chinese space cooperation in 2018-2022 was approved during the event. The program is to be signed at the upcoming meeting of the government heads of the two countries in China in the autumn of 2017.

Before the official session of the Subcommittee, the heads of the space administrations of the two countries met in person and discussed the important issues of the bilateral cooperation.

Igor Komarov said that the interaction between Russia and China was steeped in history, and the approval of the program would strengthen it and lay the foundation for new projects.

Glavkosmos pays great attention to the development of Russia-China cooperation. Early this year, in May and in August, the company’s team took part in the meetings of the Russia-China Space Working Group where they worked out the new projects for the cooperation program; Glavkosmos will be involved in the implementation of such projects as well.