The clothing collection by BOSCO, which participates in the charity campaign, features logos of Roscosmos and Glavkosmos 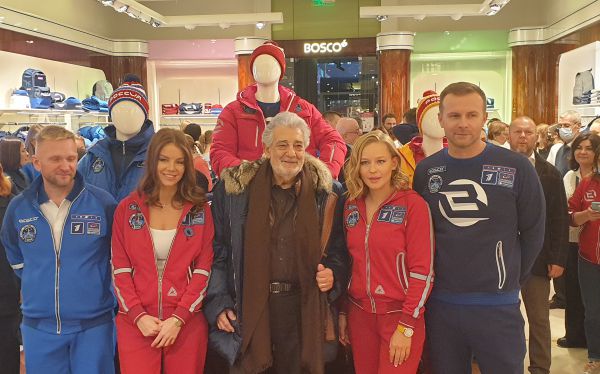 MOSCOW, November 23. - The official logos of the Roscosmos State Corporation, Glavkosmos (part of Roscosmos) and Channel One, which are implementing the scientific and educational project "Challenge", are featured in the partner clothing collection “Cosmos” by BOSCO, which is being promoted in the charity event of BOSCO and the Galchonok (a Russian word for “a young jackdaw”) Charity Foundation for children with organic lesions of the central nervous system. The Russian actress Yulia Peresild is the founder of the Galchonok Charity Foundation.

As part of “The Challenge” project, Yulia Peresild and director Klim Shipenko worked on board the International Space Station from October 5 to 17, 2021, where they were shooting the first full-length feature film, as well as making additional photo and video content for scientific, educational and learning purposes.

The charity event, starting today, provides for the transfer of 20 percent of the purchase price of any BOSCO product from the “Cosmos” collection to the Galchonok Children's Charity Foundation. The promotion will last until December 31.

When creating the items of the “Cosmos” collection, BOSCO designers were inspired by the achievements of Russia in the field of space research, the historical fact of the USSR's primacy in space exploration and human spacewalk.