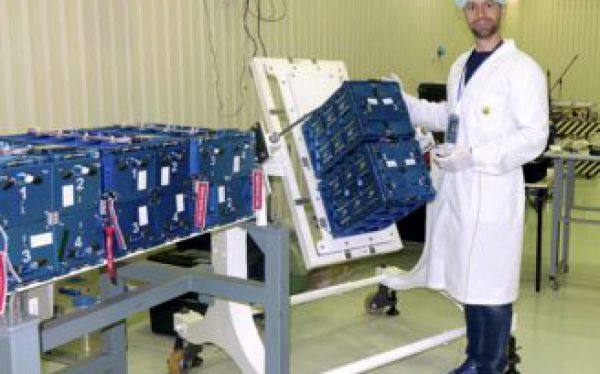 Dmitry, tell us about the main activities of your company and your experience on the market of small spacecraft (SC).

Our company, ECM Space Technologies GmbH, was founded in Berlin in 2008 at the Technical University of Berlin (TU Berlin). The company founders are representatives of the University: researchers from the Department of Space Technologies which is widely known all over the world. Since the ECM Space Technologies GmbH establishing, its main activity has been focused on the development of technologies for building small satellites, on-board systems, and ground infrastructure. Since 2010 we have taken up a new activity which is implementation of launch solutions, smallsat adaptation and integration with a launch vehicle. The need for such services is long overdue and we have experienced that in our own projects. Having picked up on the market trend and having identified a market niche on time, the company started to develop this business intensively. In 2013, we arranged and implemented a launch of three smallsats as a piggyback payload aboard Soyuz-2. Those were the smallsats built at the German universities.

What satellites are you launching along with the Kanopus-V-IK mission? What is your role in the launch?

Under this mission, our company supports pre-launch processing, adaptation, and integration of 17 spacecraft with a mass of 1kg to 110kg. Two smallsats of 20kg and 110kg have been designed and built by the German TU Berlin and Stuttgart University with the support of the German Aerospace Center (DLR). These spacecraft are intended for orbital testing of new technologies, payloads, and software solutions. In addition to that, we support pre-launch processing and integration of 12 CubeSats owned by the US commercial customers. Under our partnership with Glavkosmos, we carry out integration of 3 smallsats made by Russian universities. These satellites are to be launched in the framework of the Roscosmos program on cooperation with higher educational institutions and support of Russian universities and young scientists. We believe it to be a very important program because such systematic approach became a foundation for all the existing world largest centers of smallsat building. Our task is, first of all, to combine several dozen of smallsats into clusters which form modules using standard separation systems – CubeSat deployers. Such clusters significantly optimize the resources required for delivering the smallsats to the orbit. This is an important factor, given the relatively modest budgets of smallsats as compared to the launch costs of classical spacecraft weighing 500kg and more. It should be noted that the so-called “piggyback” launch opportunities for small satellites is a very low cost segment of the market where it is hard to expect big budgets. So, I emphasize once again that the optimization of resources to improve the cost efficiency of projects is extremely important. Having our own experience in smallsat building, we understand well the peculiarities and specific needs of the customers from this market segment. Cooperation with the program and technical team of a launch operator plays a huge role. In this sense, we are very lucky to be a partner of Glavkosmos. We believe that Glavkosmos and the technical experts from Lavochkin Association working with the Soyuz-2/Fregat launch system are currently the most customer-oriented team in the world for launching smallsats.

How do you launch CubeSats? How are the satellites integrated and separated from a rocket?

A specific feature of CubeSats is that today they are the most standardized and uniform type of spacecraft in the world. The CubeSat standard specifies the exact dimensions of the satellite, its architecture, mass, and other parameters. Also, this standard clearly defines the procedure for their separation. There are special separation systems – CubeSat orbital deployers. It means that due to their small dimensions, CubeSats do not have specially allocated pads on their surfaces for attaching any separation system components. Instead, the edges of the CubeSat structure serve as rails, and the CubeSat is released from the deployer with help of a spring-loaded pusher. As a result, there aren’t any separation system elements left on the CubeSat.

A decade of experience on the market allowed our company to design and patent our own CubeSat-deployer-type separation system. Being a proprietor of the product, if needed, we will be able to easily make changes and improvements required for deployer adaptation to a launch vehicle, and sometimes for adaptation of our customers’ satellites.

What is your assessment of the Baikonur infrastructure?

Baikonur is the world’s first spaceport, and its infrastructure is very well developed and includes all the necessary assets to launch spacecraft of all sizes. Unfortunately, after the collapse of the Soviet Union some of the infrastructure was lost or fallen into disrepair. But as of today, all the necessary facilities have been restored and used meeting the most stringent requirements for pre-launch processing of space vehicles. From a geographical point of view, the cosmodrome has an ideal location and is in a fairly comfortable climate zone.

What other projects with Glavkosmos are you currently in?

We have signed several large contracts with Glavkosmos for CubeSats launching. These projects will be implemented within several Soyuz missions during the next 2-3 years. However, our cooperation with Glavkosmos is not limited to launch projects only. We are also working together on creation of infrastructure for smallsat development at the premises of Russian universities. Our company has great experience in this field, and we have already participated in establishing such smallsat laboratories in Europe, as well as in Belarus, Kazakhstan and Uzbekistan.

What do you think about your partnership with Glavkosmos?

Glavkosmos is a unique company that combines commercial and scientific innovative activities in space technologies. Along with the launch services, Glavkosmos provides comprehensive solutions for satellite designing, launching, and operating. Glavkosmos is engaged in the whole range of strategic areas in such specific industry as space technologies. We believe that the partnership with Glavkosmos is a great advantage for our company. At the same time, Glavkosmos staff is a quite young and progressive team; almost all employees, besides those who work in the major (space) activity specialization, speak several foreign languages and that facilitates the communication within and quality of international projects a lot. It is also important that Glavkosmos is a commercial division of Roscosmos State Corporation and that allows them to make decisions quickly and to respond to the dynamic developments in international commercial projects. In my opinion, this feature is extremely important in the tough competitive struggle on the market of space services.

Our partnership with Glavkosmos began in 2013, and since then has been continuously evolving, forming new areas for joint activities. We consider such development of business relations to be the main indicator of efficient and promising international cooperation.

What are the main trends on the market of small satellites, to your mind, now?

Since 2010, the smallsat segment has ceased to be a niche purely for experimental and educational projects. With the rapid development of nanotechnologies and, as a consequence, miniaturizing of electronic components and modules, smallsats are becoming more efficient and high-performance space systems. Today the spacecraft of 1kg to 300kg in mass are widely used in innovative commercial projects, for target purposes in national economy, for emergency monitoring, as well as for weather forecasting (Earth observation). At the same time, the development of technological concepts for smallsat use is obviously focused on the deployment of constellations or so-called “swarms” composed of dozens or even hundreds of small satellites. On this basis, we anticipate further development of this class of spacecraft and, as a result, significant growth in the demand for multi-cluster launches.