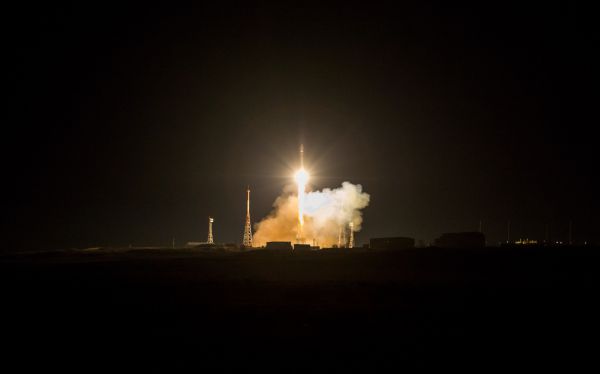 MOSCOW, March 22. – A successful launch of 34 OneWeb satellites aboard the Soyuz-2.1 b launch vehicle with the Fregat upper stage was executed on Saturday from the Baikonur Cosmodrome. The launch of the spacecraft was carried out under the contract between Glavkosmos (part of the State Space Corporation Roscosmos) and Arianespace (French Republic) in close cooperation with other Roscosmos enterprises – Progress Space Rocket Center, Lavochkin Association, and TsENKI.

"I would like to express my gratitude to our foreign partners and all enterprises of the Russian team that made this launch possible despite the difficulties caused by the epidemiological situation in the world. Russia has once again confirmed its status of a reliable partner for our foreign customers," said Dmitry Loskutov, Director General of Glavkosmos.

In accordance with the flight timeline, within 3.5 hours after the separation of the Fregat upper stage from the third stage of the launch vehicle, the satellites were separated from the upper stage in nine groups. All spacecraft are placed into their orbits.

It was the third launch of the OneWeb satellites and it brought the number of OneWeb spacecraft in low Earth orbit to 74. At the OneWeb initiative, the launch is timed to coincide with the 65th anniversary of the first spacewalk, carried out on March 18, 1965, and the launch is named after cosmonaut Alexey Leonov.

In total, OneWeb intends to deploy more than 600 satellites in low Earth orbit and provide 24-hour communication coverage of the Earth.