The Soyuz-2.1b is installed on the launch pad of the Baikonur Cosmodrome 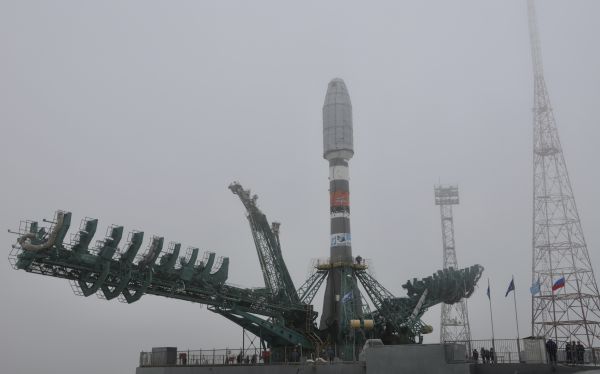 BAIKONUR, March 2. - The Soyuz-2.1b launch vehicle with the Fregat upper stage was rolled out from the Assembly and Test Facility on Wednesday. The launch vehicle was installed on the launch pad of the Baikonur Сosmodrome, the launch is scheduled for Friday, March 4, at 22:41 UTC.

These works are carried out under the contracts of Glavkosmos (part of Roscosmos) with the foreign customers.

The joint team consisting of the foreign customers and the representatives of Roscosmos enterprises Progress Space Rocket Center, Lavochkin Association, TsENKI and Glavkosmos, is carrying out pre-launch works.