The Soyuz-2.1b with 34 OneWeb satellites is installed on the launch pad of Baikonur 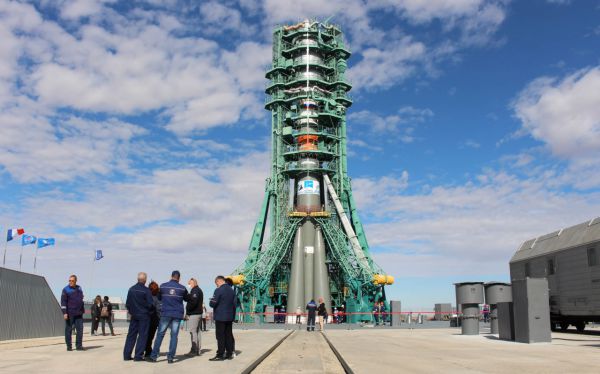 BAIKONUR, September 11. - The Soyuz-2.1b launch vehicle with the Fregat upper stage and 34 OneWeb communications satellites was rolled out from the Assembly and Test Facility on Saturday. The launch vehicle was installed on the launch pad of the Baikonur Сosmodrome, the launch, operated by Arianespace, is scheduled for Tuesday, September 14, at 18:07 UTC (21:07 Moscow time).

Pre-launch works are carried out under the contracts of Glavkosmos (a subsidiary of Roscosmos) with the European launch services provider Arianespace (the company operates launches of OneWeb spacecraft with the use of the Soyuz launch vehicle), and the company Starsem.

Today the fleet of the OneWeb satellites in the low Earth orbit amounts to 288 spacecraft, and hundreds more are to be launched. The upcoming launch should bring the number of OneWeb spacecraft in orbit to 322.