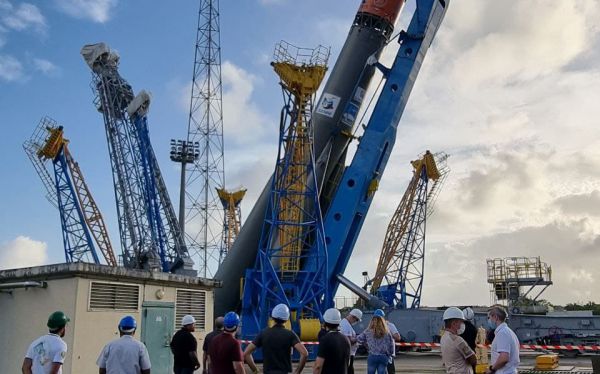 MOSCOW, February 7. - The Russian Soyuz-ST-B launch vehicle is installed on the launch pad of the Guiana Space Center (CSG). The joint team consisting of foreign customers and Roscosmos enterprises - Progress Space Rocket Center, Lavochkin Association, TsENKI and Glavkosmos has begun pre-launch works, the launch is scheduled for February 10, and the Soyuz-ST-B will deliver a new batch of 34 OneWeb satellites into orbit.

There are currently 394 OneWeb communications satellites in orbit and the upcoming launch will bring their number to 428.

The next OneWeb missions through 2022, in which the Russian Soyuz 2.1b launch vehicle (produced by Progress Space Rocket Center, Samara) will be used, will enable the start of OneWeb’s global services this year.