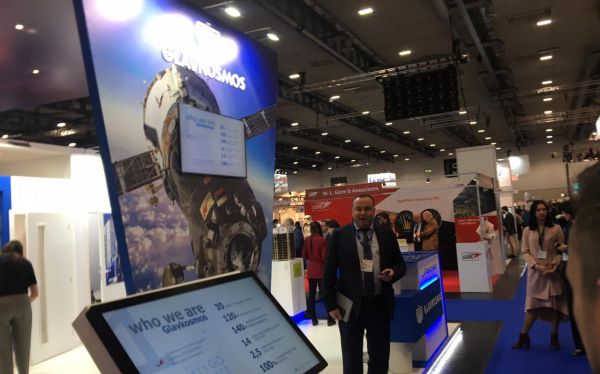 MOSCOW, November 20. –Director General of Glavkosmos, JSC (part of the State Space Corporation Roscosmos) Dmitry Loskutov introduced on Wednesday a new project of the company - the Unified Product and Component Portal for the rocket and space industry, now available at trade.glavkosmos.com. The online resource was presented on the sidelines of Space Tech Expo Europe – 2019 which is taking place in Bremen (Germany) on November 19-21.

The Unified Product and Component Portal for the rocket and space industry has collected the products of over 75 Russian enterprises; 480 items of products are already available for order. Glavkosmos is constantly working to expand both the base of enterprises participating in this project and the range of products.

“Glavkosmos has been consistently solving the tasks of promoting the achievements of the Russian space industry in the world market," Dmitry Loskutov said during the presentation. “As part of this agenda, the company has developed a new project - the Unified Product and Component Portal for the rocket and space industry. We assumed that the search, selection, analysis, and ordering of products are a very time-consuming process, and our customers and partners spend a lot of time on it. Our web portal is designed to save their time and it functions as a "one-stop shop": our customers can order the most suitable solution for their specific tasks, using just this resource."

At present, the Unified Portal is available in Russian and English. The company plans to kick it off in other foreign languages in the future for the convenience of current and potential customers.

Guests and participants of Space Tech Expo Europe are welcome to get familiar with the web portal operation at Glavkosmos booth #J52.

In addition, on November 20, Glavkosmos Director General also took part in the conference the "Satellite Production: a continuous compromise between reducing costs and improving capabilities", where he shared his vision of current trends in the development and production of satellites and their components.

Space Tech Expo Europe is the largest specialized event in Europe for representatives of supply chains and engineering companies engaged in the production, design, testing and engineering services for spacecraft, subsystems and space-qualified components.