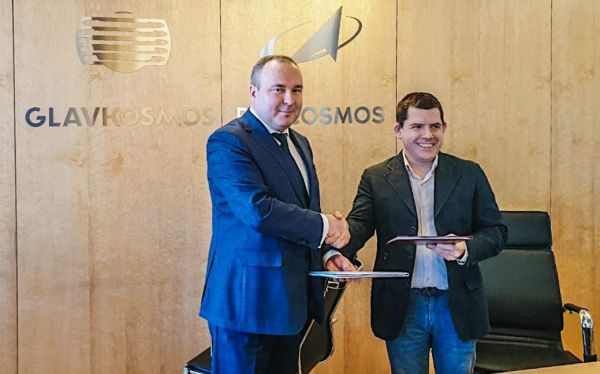 MOSCOW, March 11. - Glavkosmos (part of Roscosmos) and the Russian private company Orbital Express have signed an agreement on cooperation in promoting services to the global space market with the help of the Russian rocket and space technology. The document was signed on Thursday at the Glavkosmos headquarters in Moscow.

“Glavkosmos welcomes the initiative of Russian private NewSpace companies to enter the foreign space market," says Dmitry Loskutov, Director General of Glavkosmos. “We hope that the interaction between Glavkosmos and Orbital Express will be successful. We believe that it will have a positive impact on the development of Russian rocket and space technologies," he adds.

In his turn, Nikita Partsevsky, Director General of Orbital Express LLC, notes that his company is satisfied that it has found support in Glavkosmos. "It is extremely important for us to establish mutually beneficial cooperation with state-owned companies, such as Glavkosmos, which has experience in implementing complex international projects and is the foreign business operator of the State Space Corporation Roscosmos. It will let us create a service that is competitive on the global market and profitable for our customers," he says. “We are glad that both our initiative and project are being understood by our partners in Glavkosmos,” adds Partsevsky.

Orbital Express LLC, established in 2020 by a group of Russian engineers and specialists with experience of working at state-owned rocket and space enterprises and in private companies. Orbital Express is developing an ultra-small upper stage to facilitate launches of small spacecraft, such as nano- and microsatellites and payload. The upper stage is supposed to be launched simultaneously aboard Roscosmos or Russian private space companies’ launch vehicles. Since 2021, Orbital Express has been a resident of the Skolkovo Foundation. The company participates in the Aeronet Group technology competition of the National Technology Initiative named “Development of the Upper Stage for Small Spacecraft”.